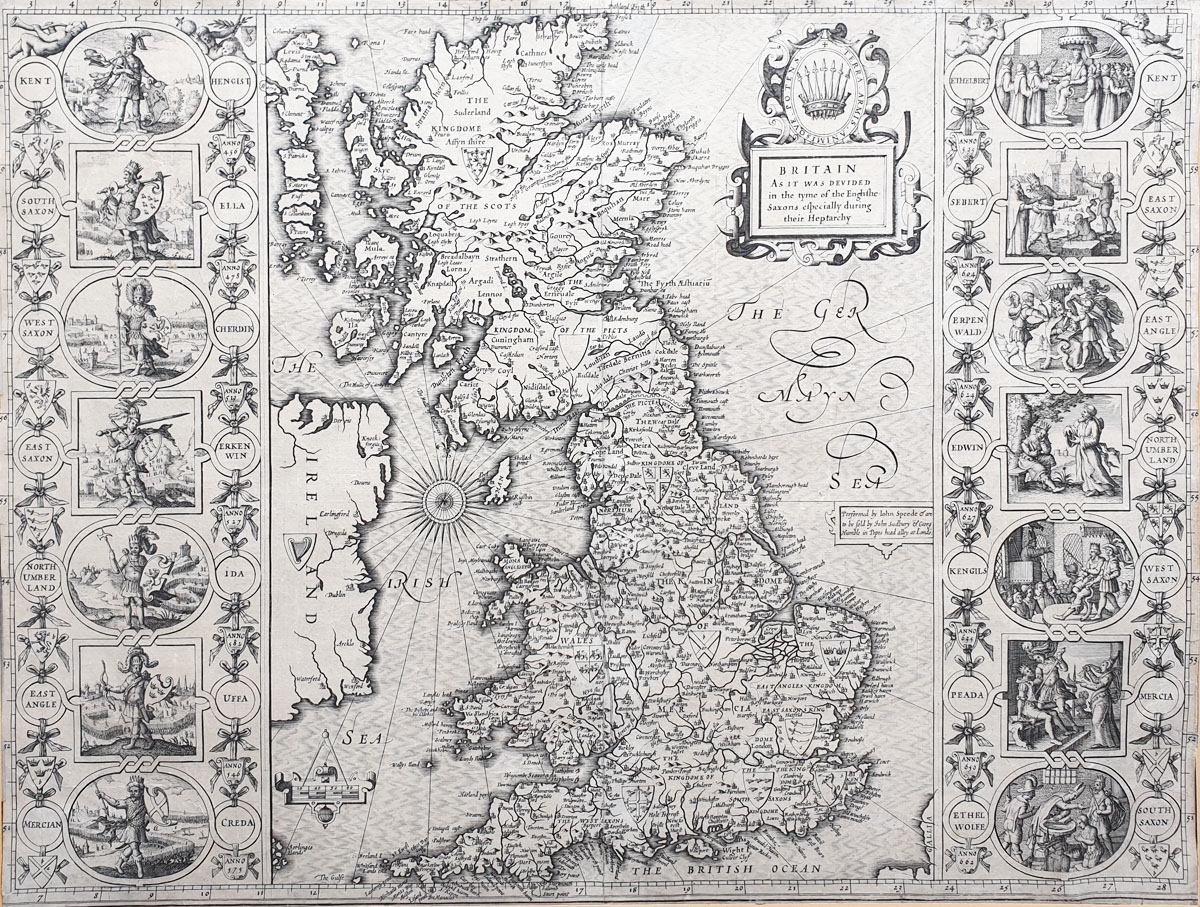 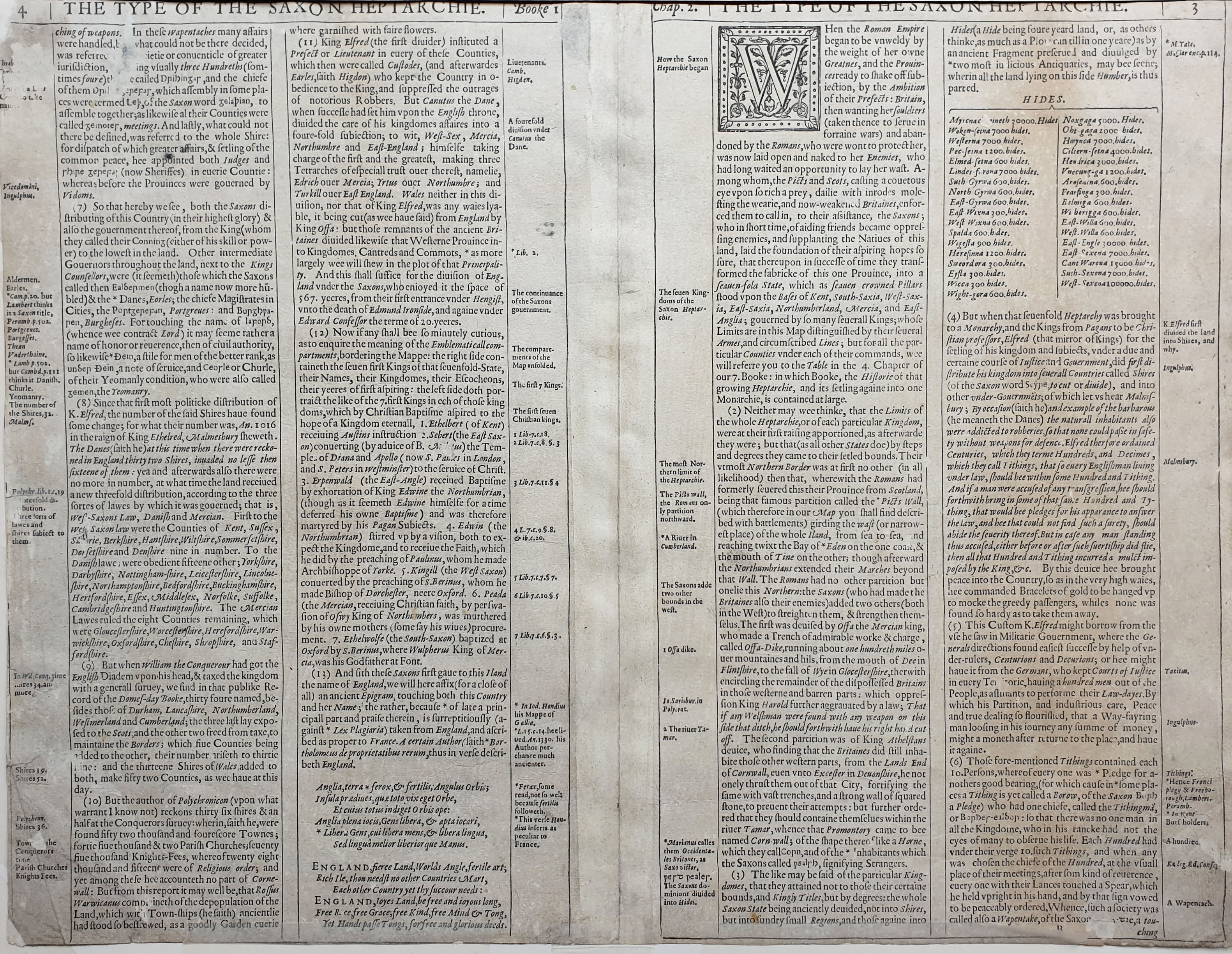 Title: 'Britain as it was divided in the tyme of the Englifhe Saxons efpecially during their heptarchy'.

Description: Very decorative copperplate, retrospective and historical map, with cartouches depicting on the left hand side, seven ancient Saxon kingdoms, together with their kings, at the time of their own respective conversions to Christianity. On the right hand side, the seven Saxon kingdoms with their respective kings, Henglist, Ella, Cherdik, Erkenwin, Ida, Uffa and Creda, when first established.

Publication: Sudbury and Humble -
The Theatre of the Empire of Great Britaine.