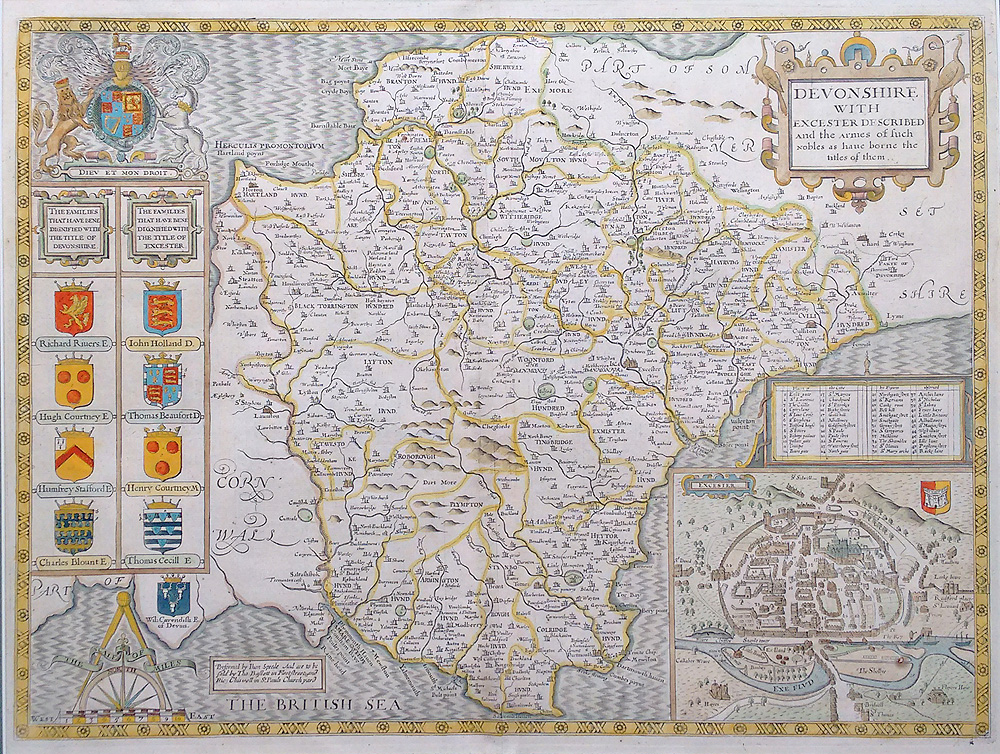 Title: 'Devonshire with Excester described and the Armes of such Nobles as have borne the titles of them.'

Published by Bassett and Chiswell -
The Theatre of the Empire of Great Britaine.