"Hi David, Just to let you know that the Speed map (Wiltshire) arrived at my office this morning and it's amazing! Thank you so much for the prompt service and for your help with it all. Happy Easter. All the best, Claire." Read our customers comments here. 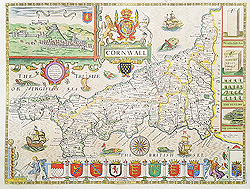 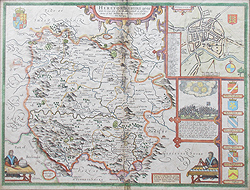 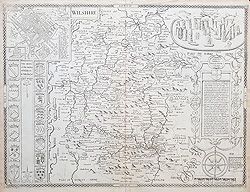 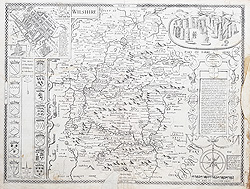 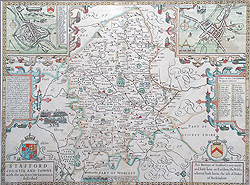 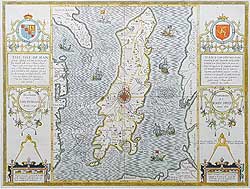 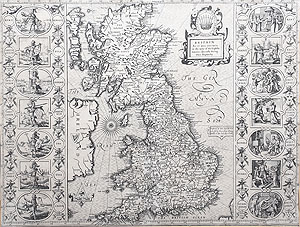 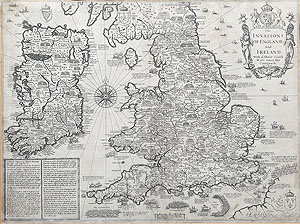 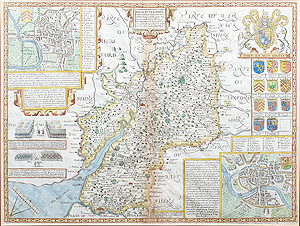 Born at Farndon in Cheshire and followed his father's trade as a tailor. By 1584 he had moved to London with his wife (Susanna who bore twelve sons and six daughters) and been made a Freeman of Merchant Tailors in 1580.

He was a keen amateur historian and map maker, producing maps for the Merchant Tailors in 1598. Became a member of the Society of Antiquaries where it is likely that he came into contact with leading historians of the day such as Sir Robert Cotton, William Camden, whose text he had read, and perhaps even Christopher Saxton. His interests came to the notice Sir Fulke Greville who made an allowance so that he should be free to write a history of England and, by courtesy of Queen Elizabeth, he worked from a room in the Custom House.

A good historian, he was a great gatherer of information 'I have put my sickle to other men's corne'. Most of his map material was copied from Saxton: however, John Norden (c.1548-1625)) and William Smith (c.1550-1618) had produced maps of some countries and Gerard Mercator maps of the regions. Yet Speed must have travelled extensively, for his maps go well beyond those of his predecessors. By including the hundreds, the inset town plans and heraldic devices of his maps and modifying the Camden text in the atlas he assured its success and lasting appeal