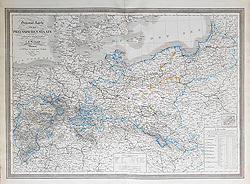 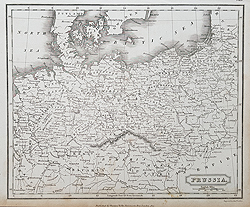 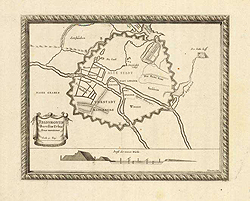 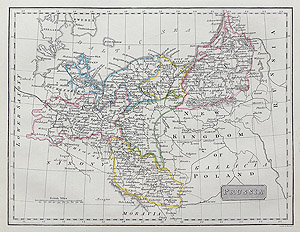 The country regarded as Prussia was inhabited in initially by Slavic tribes, predecessors of the inhabitants of today's Poland, in the West, and Baltic people related to Lithuanians, in the East. After the seventh century, the area was invaded and settled by pagan German tribes, later known as Prussians.

Prussia was conquered by the Teutonic Knights in 1226, a military/religious order, who converted the Prussians to Christianity. They were subsequently overthrown by the Prussians aided by Poland and Lithuania in 1454. Prussia was subdivided into Royal Prussia (west), Ducal Prussia (east). Royal Prussia was incorporated into Poland providing it with access to the Baltic Sea known as the Danzig Corridor.

Protestant Reformation in the 16th century saw a majority of Prussians convert to Protestantism whereas Poland remained Roman Catholic. In 1525 Ducal Prussia became a hereditary duchy under Albrecht Hohenzollern, the last grand master of the Teutonic Knights.

Prussia was invade by Sweden in 1657, and Poland surrendered sovereignty over Ducal Prussia which then became the Kingdom of Prussia headed by the Hohenzollern line. Prussia's influence in the region increased and in 1772, under King Friedrich II (Frederick the Great), consisted of the provinces of Brandenburg, Pomerania, Danzig, West Prussia and East Prussia (once known as East Germany, northern Poland, and a small part of the Soviet Union).

The German Empire was established under Prussian leadership with Bismarck as Chancellor. Wilhelm II, the last of the Hohenzollern dynasty, became Emperor of Germany (Kaiser) in 1888 and ruled until Germany's defeat in World War I.

After defeat in World War I, Germany surrendered the Danzig Corridor to Poland and Danzig once again became a free city. East Prussia was then separated from the rest of Germany.

When the Allies defeated Germany in World War II, West Prussia and East Prussia were divided by Poland and the Soviet Union.