Back to: Charts | Devon | Greenville Collins 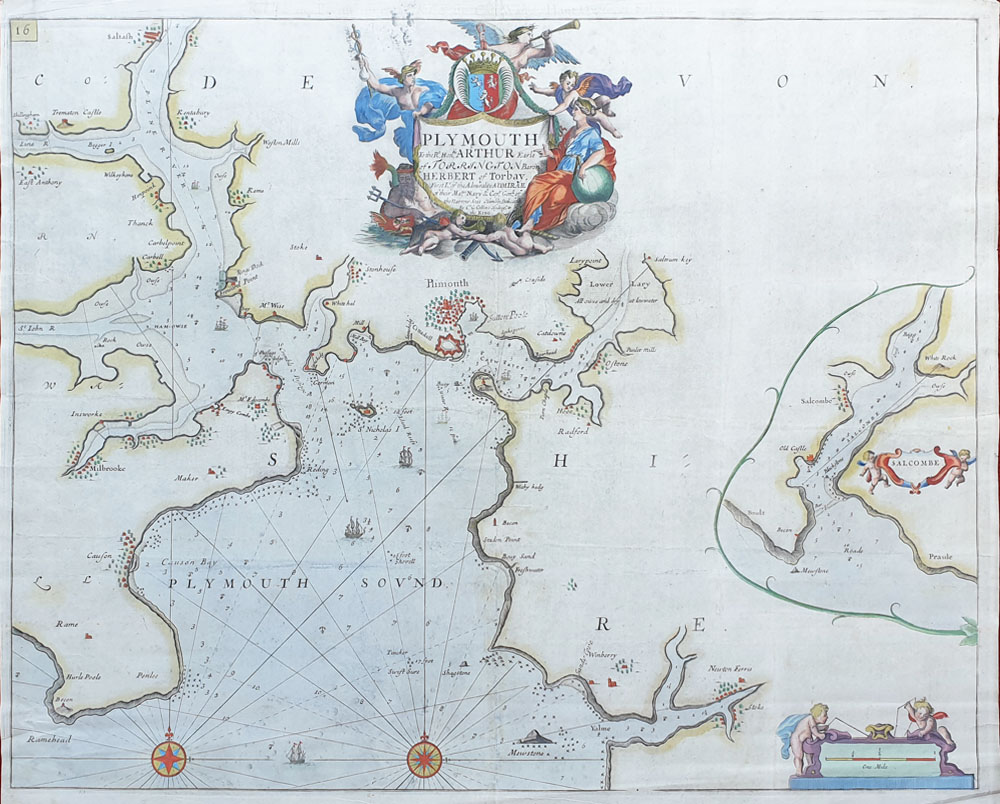 Title: PLYMOUTH SOUND 'To the Right Honourable ARTHUR Earle of TORRINGTON Baron Herbert OF TORBAY Primier Commisfs for Executing First Lt. of the Admiralty. ADMIRAL of Their Ma'ties Navy and Capt. Gen'll of the narrow seas. This is most Humbly Dedicated by Capt. Greenville Collins'

Description: An 18th century Chart of Plymouth from The British Coasting Pilot by Captain Greenville Collins. Featuring a highly decorative title cartouche. Also features the River Yealm and an inset of Salcombe harbour.

Capt. Greenville Collins
In 1676 Collins was commissioned by Charles II, and appointed by Samuel Pepys (who was then Secretary to the Admiralty), to chart the coasts of Great Britain and he produced his Great Britain's Coasting Pilot in 1693, this was the first original sea atlas to be produced by an Englishman.

Collins engaged the services of various engravers to cut the plates including Herman Moll, Harris, Moxon and Lamb, final publication was twelve years after the initial commission.