Cheshire by Slater after Pigot 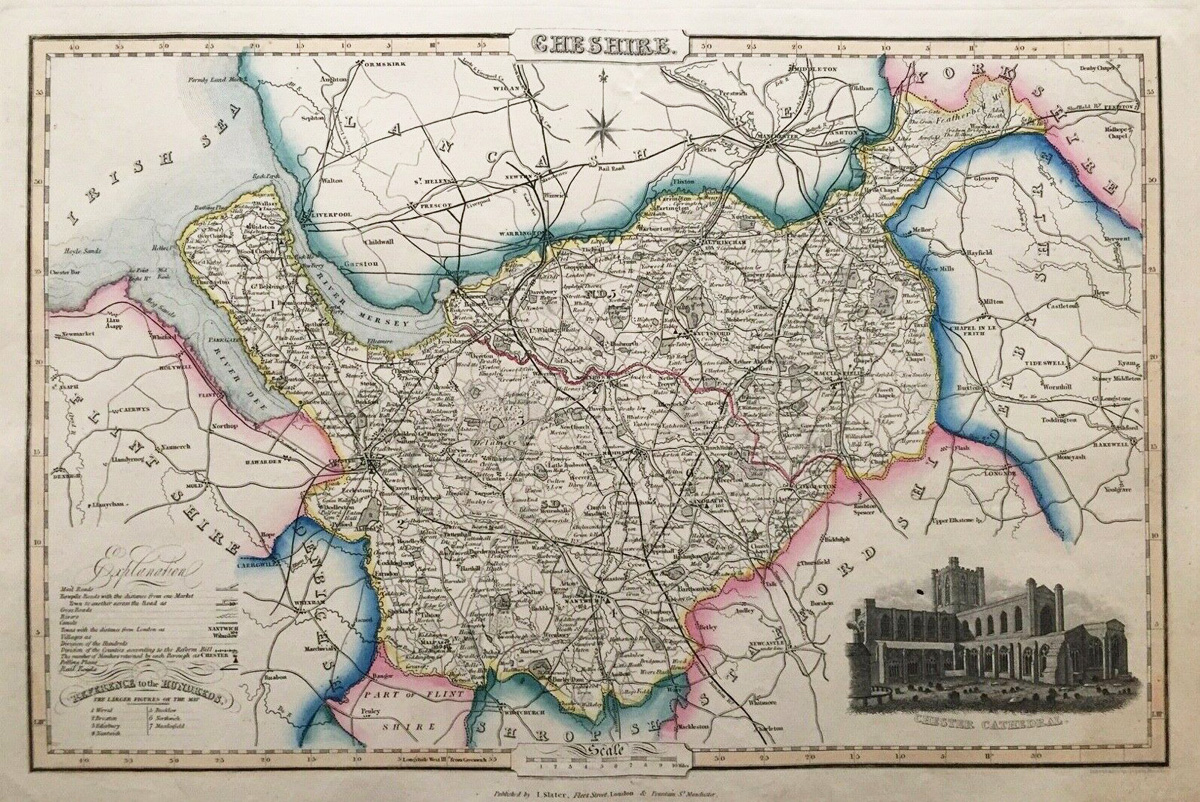 He started as an engraver for Dean's Manchester Directory, but later set up his own business publishing the London and Provincial New Commercial Directory, at first with Dean and then alone from 1822-3. In 1828 the Pigots moved from 24 to 17 Basing Lane, in 1832 they briefly moved to No.1. Their address 1838 is listed as 59 Fleet Street. James Pigot jnr took over the company after his father's death in 1843.

In 1844 Isaac Slater joined the younger Pigot, soon acquiring the business and using the imprint I Slater (late Pigot & Slater). In 1846 map imprints and signatures changed to I Slater. He issued the atlas again in 1846, 1847 and 1857 as I Slater's New British Atlas.