Back to: City Maps | Cheshire 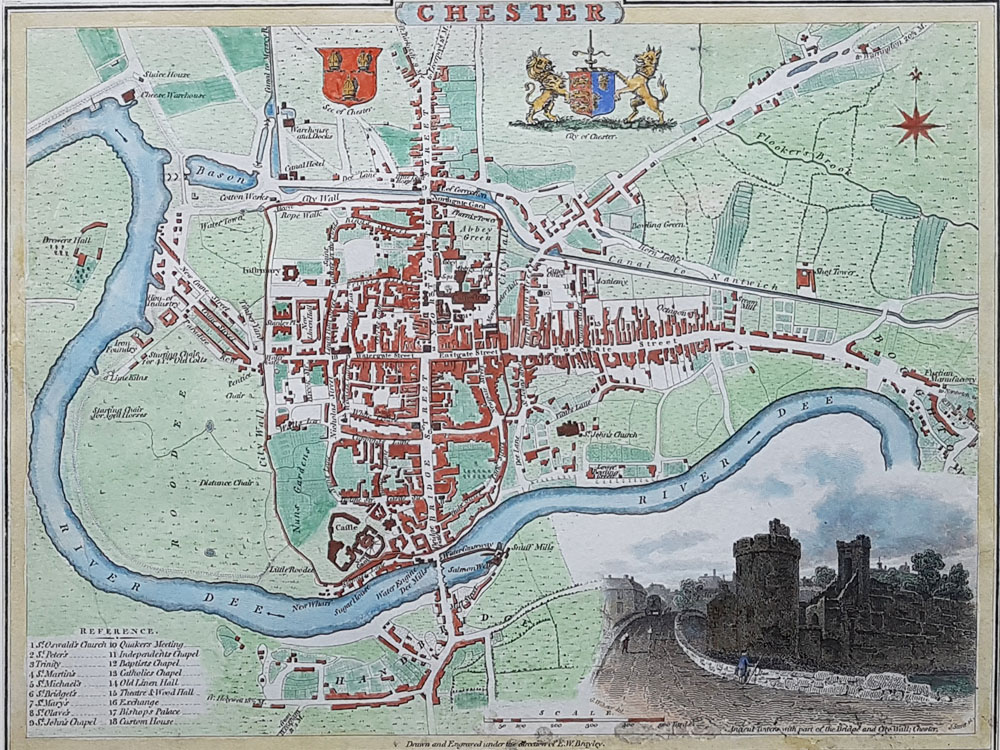 Publication: 'The Beauties of England and Wales.' Published for the Proprietors by Verner, Hood & Sharpe, Poultry.

Georgian Town Plan of Chester by Cole and Roper

John Roper (fl. 1800 - 1825).
A line engraver who worked in collaboration with artists and cartographers including George Cole and George Young on the British Atlas which was composed of maps and town plans by Cole and others and engraved by Roper to accompany J. Britton and E. W. Bayley's The Beauties of England and Wales. This was a topographic work published in parts with maps usually separate, ie; not included.