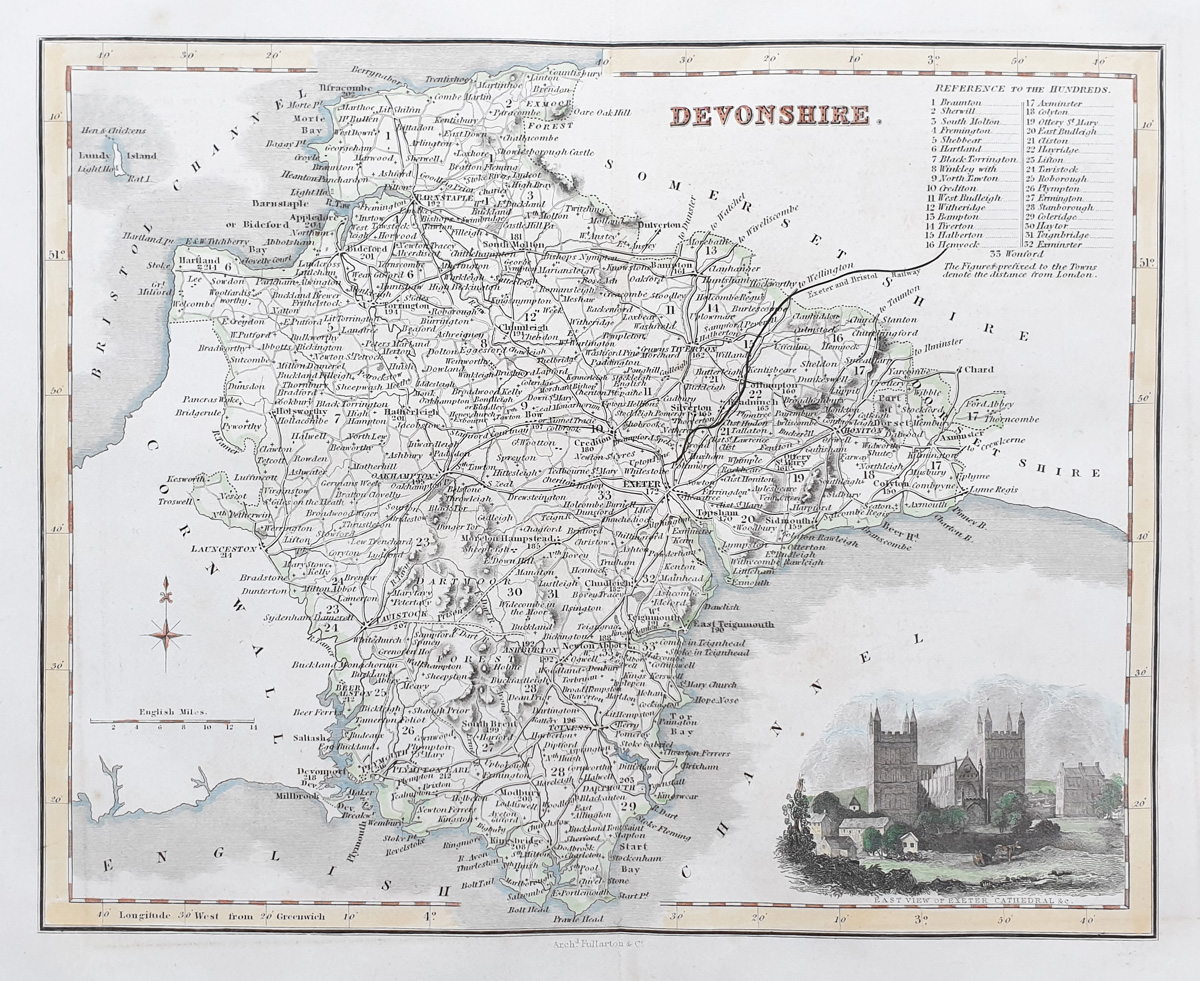 James Bell (1769-1836) issued a New and Comprehensive Gazetter of England and Wales in 1833-4. Bell was a geographical author who edited Rollin's Ancient History (1828) and wrote a System of Geography in 1830. The maps in his gazetter all bear the imprint of the publisher and were engraved by Gray and Son, Josiah Neele & Co or Robert Scott (1771-1841 Edinburgh).

Archibald Fullarton reprinted both the maps and text of Bell's New and Comprehensive Gazetter of England and Wales in his Parliamentary Gazetter. Admitting that the material 'still possessed of value' had been 'digested into and incorporated into the present Work', he was more than angry at what he perceived to be an 'extremely disingenuous attempt to underrate the value and importance of their labourious and accurate Compilation' on the grounds that 'these materials do not constitute one third part of the present Publication'. Fullarton obviously did not believe that this was a large enough portion to warrant accusations of plagiarism.

Ironically, it was James Bell who had pirated many articles from Samuel Lewis' Topographical Dictionary. Consequently, in 1839, Lewis obtained an injunction and Bell's Gazetter was withdrawn. Fullarton, Bell's publisher acquired the plates and issued the maps in his own Parliamentary Gazetter of England and Wales.