Back to: Devon | Emanuel Bowen 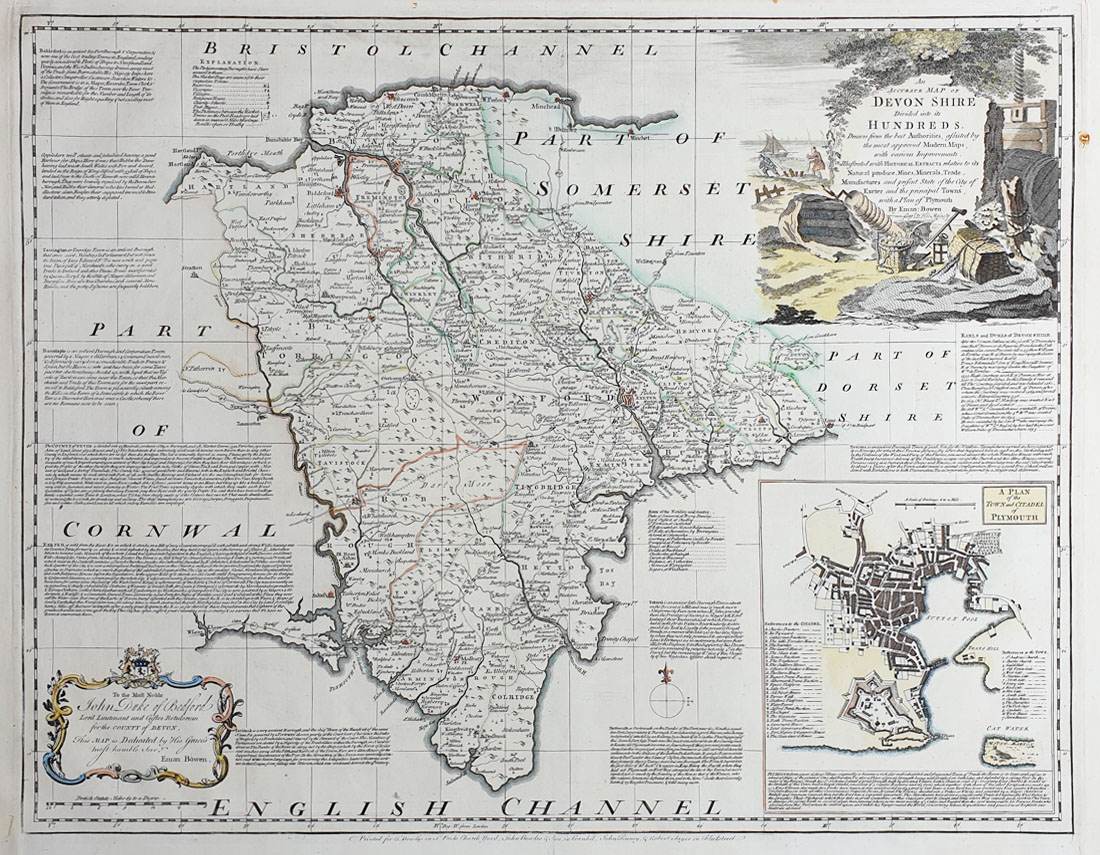 Description: Very detailed, substantial areas of text relating to the commerce and agriculture of the county.

An 18th century map and print seller and engraver to King George II and Louis XV of France, who worked in London from about 1714, producing some of the best and attractive maps of the century. A recurring feature of Bowen's work, evident even on the early road maps, was his habit of filling every corner and space of the map with jottings and footnotes, both historical and topographical.

He had plans for completeing a major county atlas but, finding the task beyond his means, joined with Thomas Kitchin to publish TheLarge English County Atlas. Many of the maps were individually issued from 1749 and the whole atlas was finally completed in 1760.

One of his earliest engraved works Britannia Depicta, published in 1720 contained over two hundred road maps together with a miniature county map of each of the counties of England and Wales. It was an unusual feature of the atlas that the maps were engraved on both sides of each page, and this resulted in a handier sized book.

He also issued with John Owen a book of road maps based, as was usual at the time, on Ogilby but again incorporating his own style of historical and heraldic detail.

Thomas Bowen was his son, Thomas Kitchin and Thomas Jefferys were his apprentices.

Inspite of his royal appointments and apparent prosperity he died in poverty and his son, who carried on the business was no more fortunate and died in a Clerkenwell workhouse in 1790.