Back to: Belgium | Netherlands 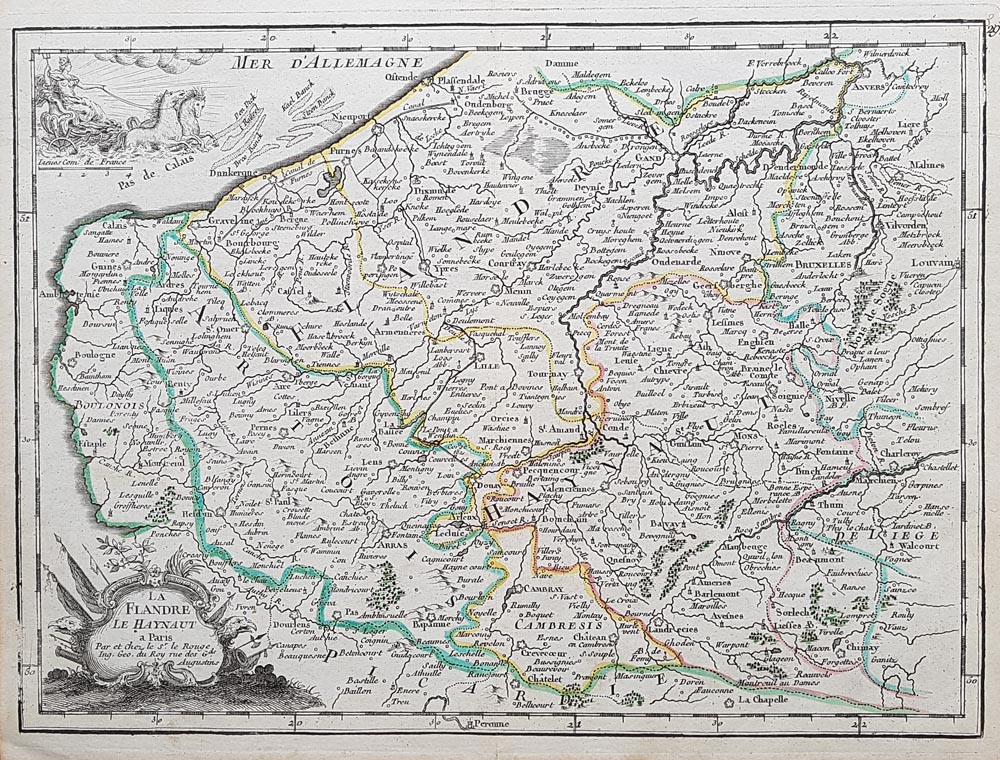 18th century map of Belgium by Le Rouge for sale

Lieutenant George-Louis Le Rouge (c.1712-c.1790) was born in Hanover, Germany. He became a Lieutenant in the regiment of Saxe before establishing himself as a publisher, compiler and editor of maps in Paris. He later became the “Ingenieur Geographe de Roi”.

Le Rouge's works on England and America were not original, but reductions or copies of English Surveys, and some after Bellin. Le Rouge was initially a military “Ingenieur” for fortifications and he was also a map-maker for the army and Marine Royale. He was active between 1740 and 1780, in Paris at, rue des Augustins.