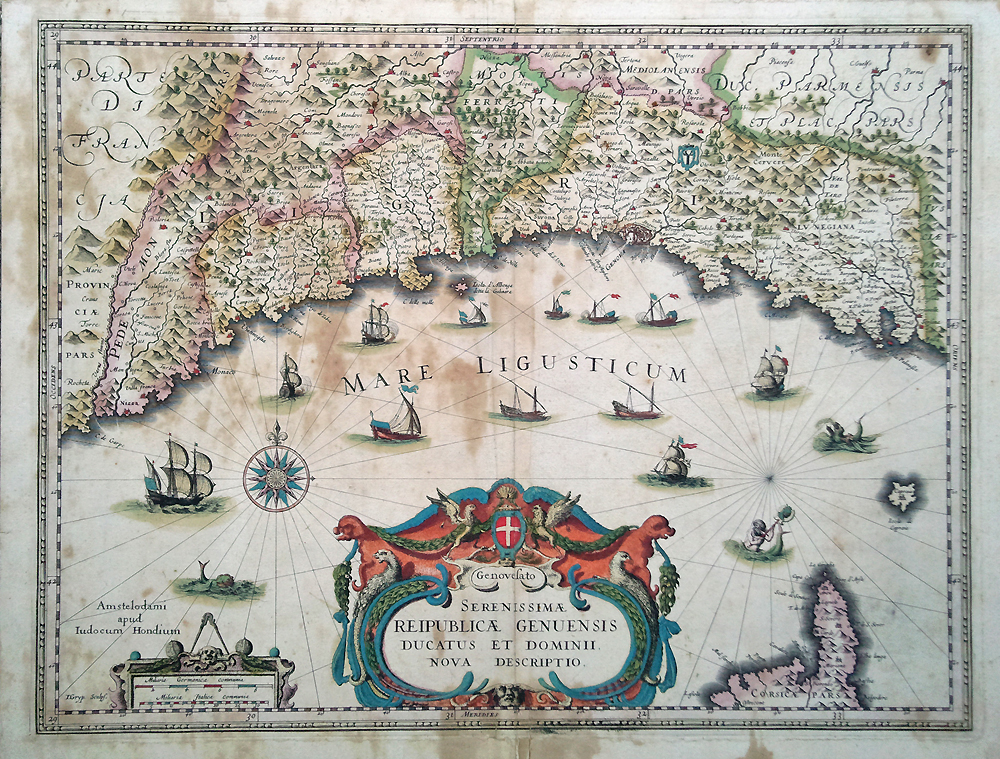 Description: An antique map of The Republic of Genoa

Blaeu was born at Uitgeest or Alkmaar. As the son of a well-to-do herring salesman, he was destined to succeed his father in the trade, but his interests lay more in Mathematics and Astronomy. Between 1594 and 1596 as a student of the Danish astronomer Tycho Brahe he qualified as an instrument and globe maker. Once he returned to the Netherlands, he made country maps and world globes, and as he possessed his own printing works, he was able to regularly produce country maps in an atlas format, some of which appeared in the Atlas Novus published in 1635. In 1633 he was appointed map-maker of the Dutch East India Company.

He was also an editor and published the works of Willebrord Snell, Adriaan Metius, Gerhard Johann Vossius and the historian and poet Pieter Corneliszoon Hooft. He died in Amsterdam. He had two sons, Johannes (or Joan Blaeu) and Cornelis Blaeu, who continued their father's mapmaking and publishing business after his death in 1638. 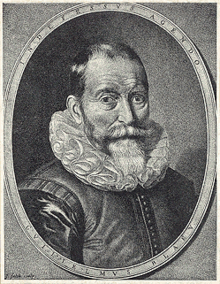