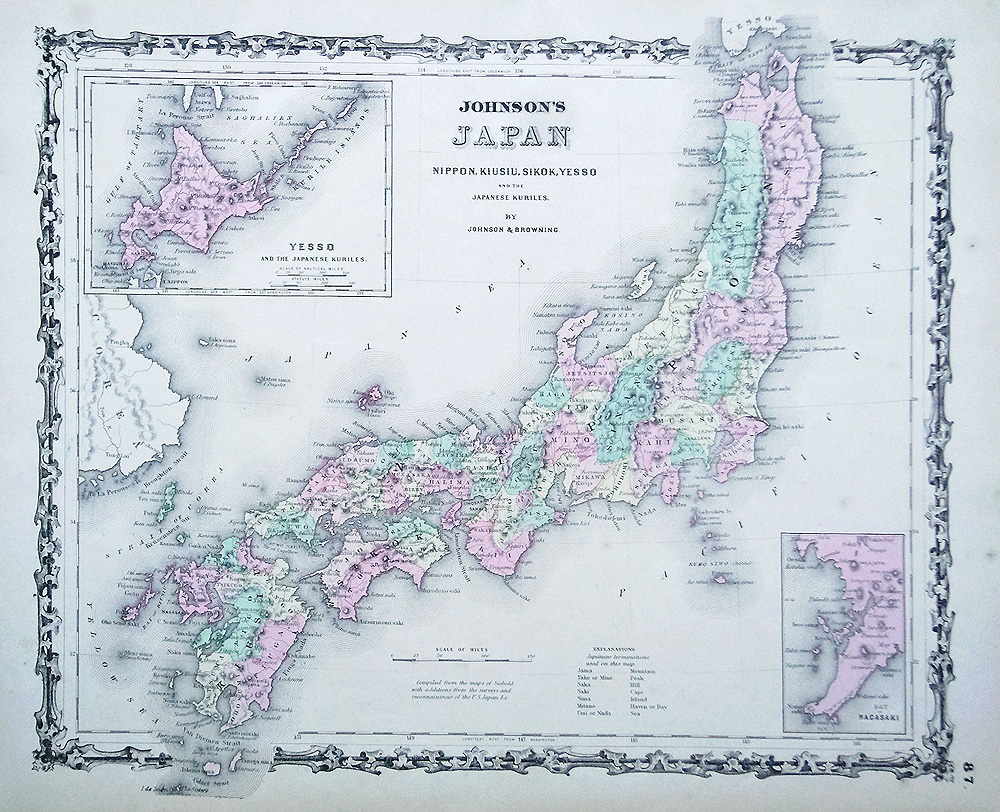 Publication: A. J. Johnson and Browning

Description: A. J. Johnson and Ross C. Browning's 1861 map of Japan. Covers the Japanese Islands from Kyushu north to Yesso (Hokkaido). Offers considerable detail with colour coding according to province. An inset map in the upper right focuses on Hokkaido or Yesso and the Japanese Kuriles. Another inset in the lower right corner details the Bay of Nagasaki. The water between Korea and Japan is here annotated as the Japan Sea. Mainland Korea features on the left hand side. Features the strap work style border common to Johnson’s atlas work from 1860 to 1863. Published by A. J. Johnson and Browning as plate number 87 in the 1861 edition of Johnson’s New Illustrated Family Atlas. This is the last edition of the Johnson Atlas to bear the 'Johnson and Browning' imprint.

was a prolific American map publisher active from 1856 to the mid-1880s. Johnson was born into a poor family in Wallingford, Vermont where he received only a based public education. He is known to have worked as school teacher for several years before moving to Richmond, Virginia. Johnson got his first taste of the map business and a salesman and book canvasser for J. H. Colton and company.