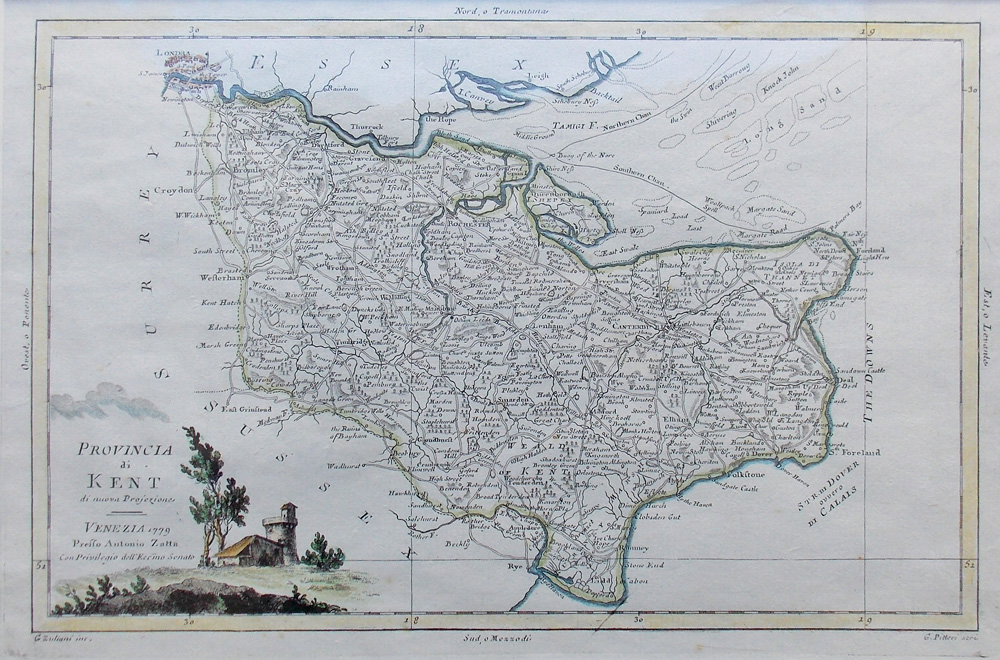 A Venetian cartographer who completed his best known publication Atlante Novissimo by 1785, this comprised of 218 maps including provincial maps of Europe and although he never produced an atlas of British county maps it did include Essex, Kent, Middlesex and Surrey as well as regions of Ireland and Scotland.

He also produced decorative maps after Captain Cook (Australia and New Zealand) and a twelve sheet sectional version of Mitchell's large-scale map of the USA, 1755. A characteristic of Zatta's maps are the decorative title cartouches. Also produced Nuovo atlante in 1799. Other cartographers work which he interpreted include Robert de Vaugondy and Bellin.

Other maps by Antonio Zatta

Old map by Antonio Zatta of the county of Kent