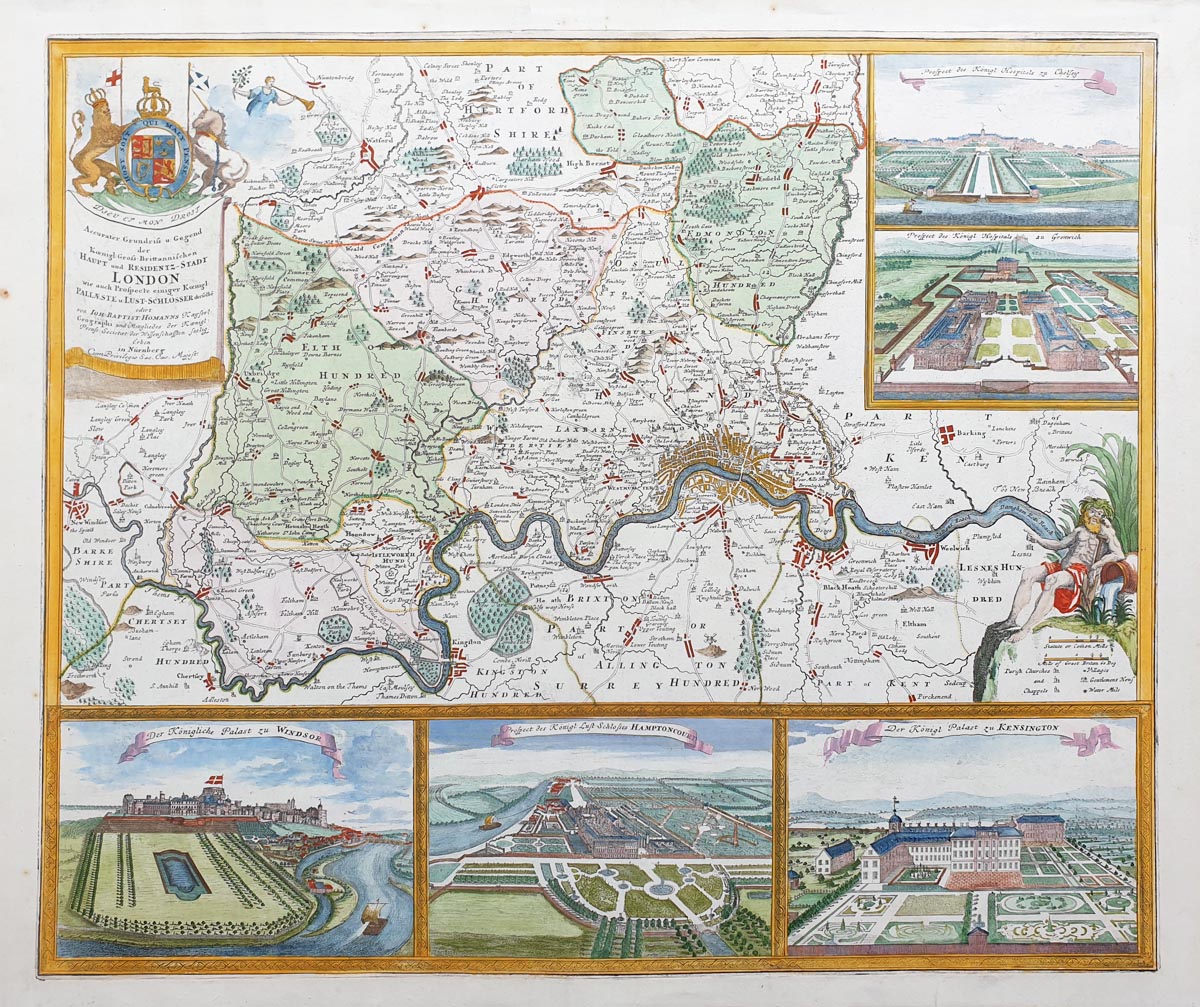 Born in Oberkammlach near Kammlach in the Electorate of Bavaria. Educated at a Jesuit school, and trained for an ecclesiastical career, he then became a Protestant christian and in 1687 worked as a notary public in Nüremberg. He soon turned to engraving and took an interest in cartography.

He soon became renowned as a leading cartographer, following a long period of Dutch cartographic domination, the Homann family became the most important map publishers in Germany in the 18th century. Johann Baptist founded his business in 1702 and in 1715 was appointed Imperial Geographer by Emperor Charles VI. Later in the same year he also became a member of the Prussian Academy of Sciences in Berlin. He enjoyed imperial printing privileges, which for some time protected the authors in scientific fields and trades such as printers, copper engravers, map makers and publishers.

Homann died in Nuremberg in 1724. He was succeeded by his son Johann Christoph (1703-1730). The company carried on after his death as 'Homann heirs', managed by Johann Michael Franz and Johann Georg Ebersberger and traded for much of the 18th and into the 19th century.