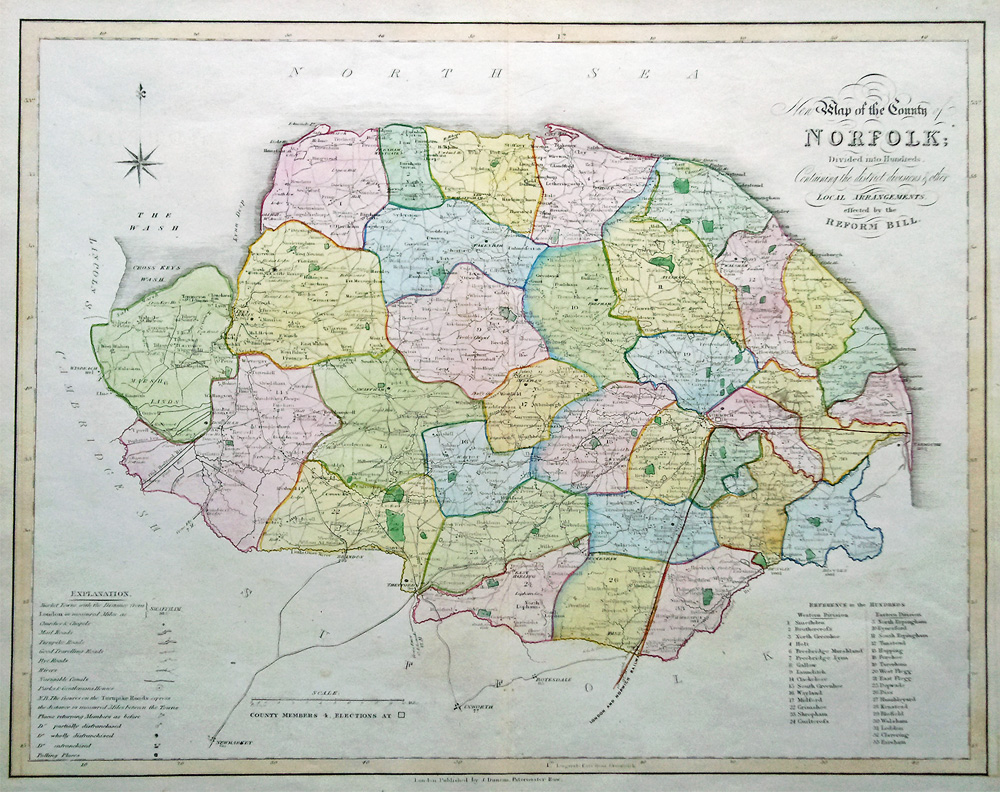 Title: Map of the County of NORFOLK. Divided into Hundreds. Containing the District Divisions & other LOCAL ARRANGEMENTS effected by the REFORM BILL.

Publication: Published in London by J. Duncan of Paternoster Row.

A publisher of Paternoster Row, London. It is thought that he might have issued The Scotch Itinerary of 1805. A New Atlas of England and Wales (folio, 44 maps) appeared in 1833. However, some maps were prepared by William Ebden in 1825. Henry George Collins acquired Duncan's plates in c.1850 and re-issued them in the New British Atlas c. 1853.