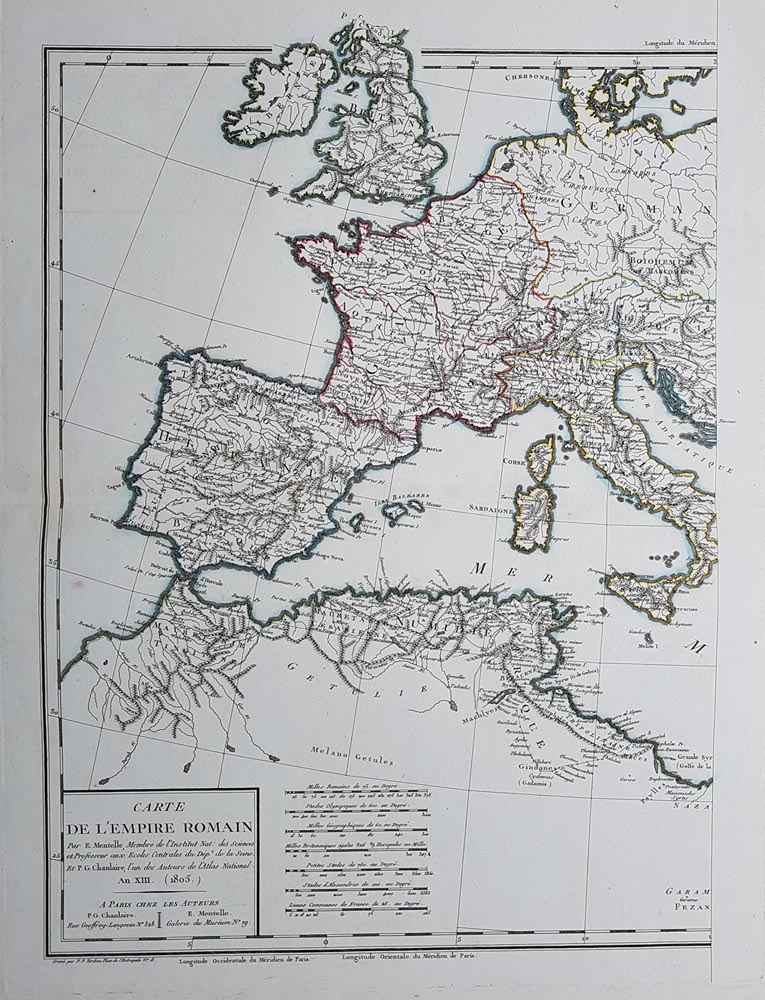 French 19th century map of the Roman Empire by P.F.Tardieu

French engraver working in the late 18th century who appears to have works also published in the early 19th century.