17th Century Plan of The Tower of London by Mallet 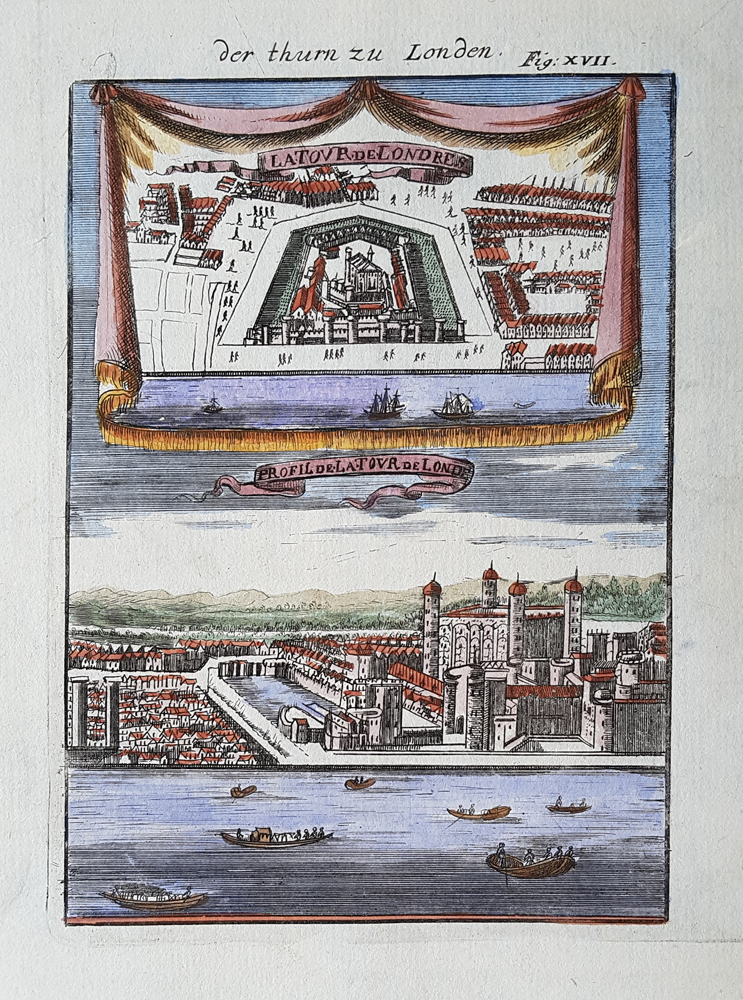 Description: Miniature plan of the Tower of London and a view of the Thames.

17th century Plan of The Tower of LondonMallet

Alain Manneson Mallet (1630-1706) spent the first part of his career as a foot soldier in one the regiments of Louis XIV, becoming a sergeant-major of artillery and then an inspector of fortifications. After leaving the army he specialised in the publication of books describing both scientific and practical aspects of military engineering.

He is best known, however, for the compendious “Description De L’Univers”, a five volume geographical, cosmographic and historical work, which included maps of all known parts of the world. First published in 1683 with French text, a second German edition followed in 1684 in Frankfurt with the addition of German titles to the maps, just outside the printed border.

The miniature maps are highly distinctive: small picturesque engravings which combine decorative elements with an unusual degree of detail.