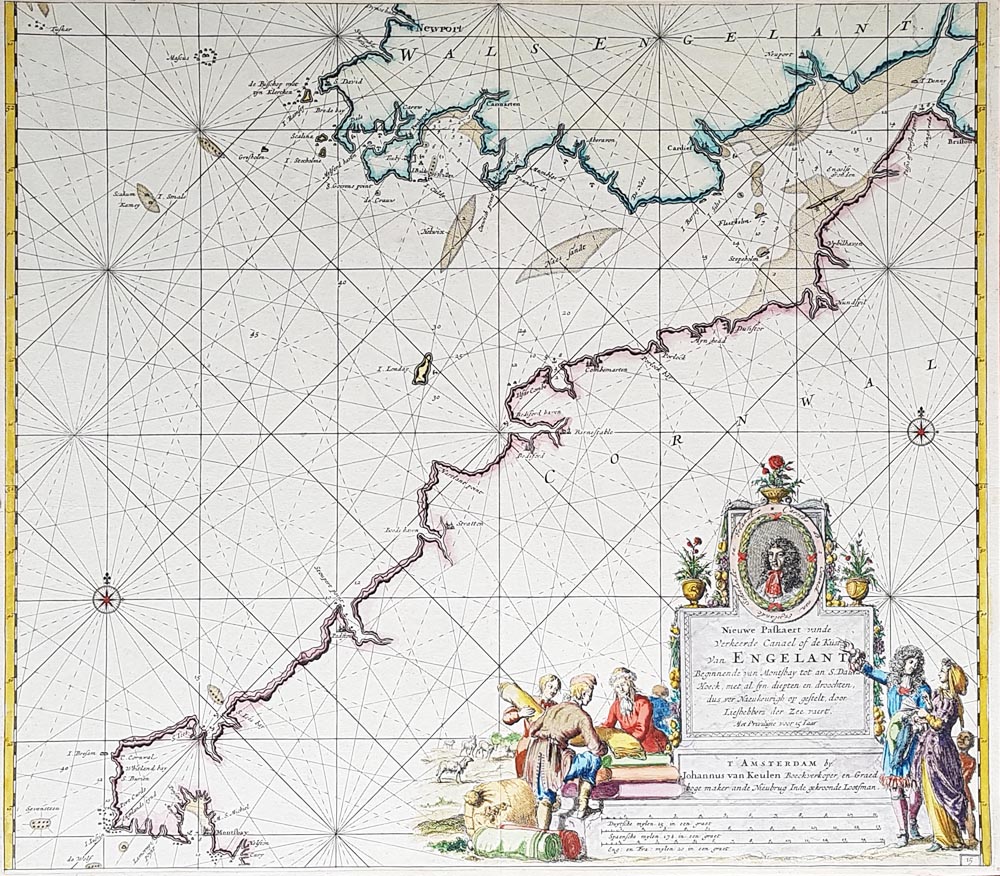 Sea chart of The Bristol Channel by Johannes Van Keulen

JOHANNES VAN KEULEN 1654-1711
GERARD VAN KEULEN 1678-c. 1727
JOHANNES VAN KEULEN fl.1726-1755
GERARD HULST VAN KEULEN fl.1757-1801
CORNELIS BUYS VAN KEULEN fl. 1757-78
JOHANNES GERARD HULST VAN KEULEN 1810-23
The van Keulen family business was founded in 1680 and continued under their name until 1823 and in other names until 1885 when it was finally wound up and the stock dispersed at auction. Throughout the history of the family, the widows of several of the van Keulens played a major part, after their husbands' deaths, in maintaining the continuity of the business. The firm was founded by Johannes van Keulen who was registered as a bookseller in Amsterdam in 1678. In 1680 he published the first part of his Zee Atlas which, over the years, was expanded to 5 volumes and continued in one form or another until 1734. More ambitious and with a far longer and more complicated life was his book of sea charts, the Zee-Fakkel, published in 1681-82 which was still being printed round the year 1800. A major influence in the development of the firm was the acquisition in 1693 of the stock of a rival map publisher, Hendrik Doncker. Although the firm was founded by Johannes van Keulen, he was primarily a publisher; it was his son, Gerard, a talented engraver, mathematician, Hydrographer to the East India Company, who became the mainspring of the business which not only published charts but also books on every aspect of geography, navigation and nautical matters.