Back to: Italy | Herman Moll 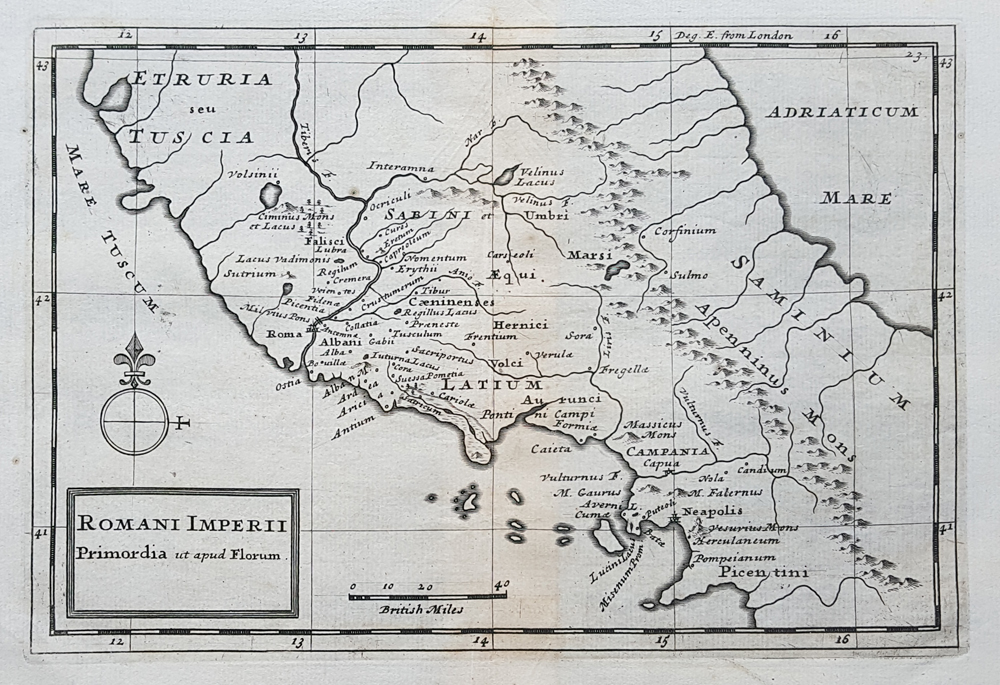 Publication: Geographia Antiqua - Thirty two new and accurate maps of the geography of the ancients as contained in the Greek and Latin classics

Description: Central Italy by H. Moll. Map of the area around Rome with Tuscany in the north and reaching South to Pompei. 'The Roman Empire as in the First Flowering'.