Invasions of England and Ireland by John Speed 1676 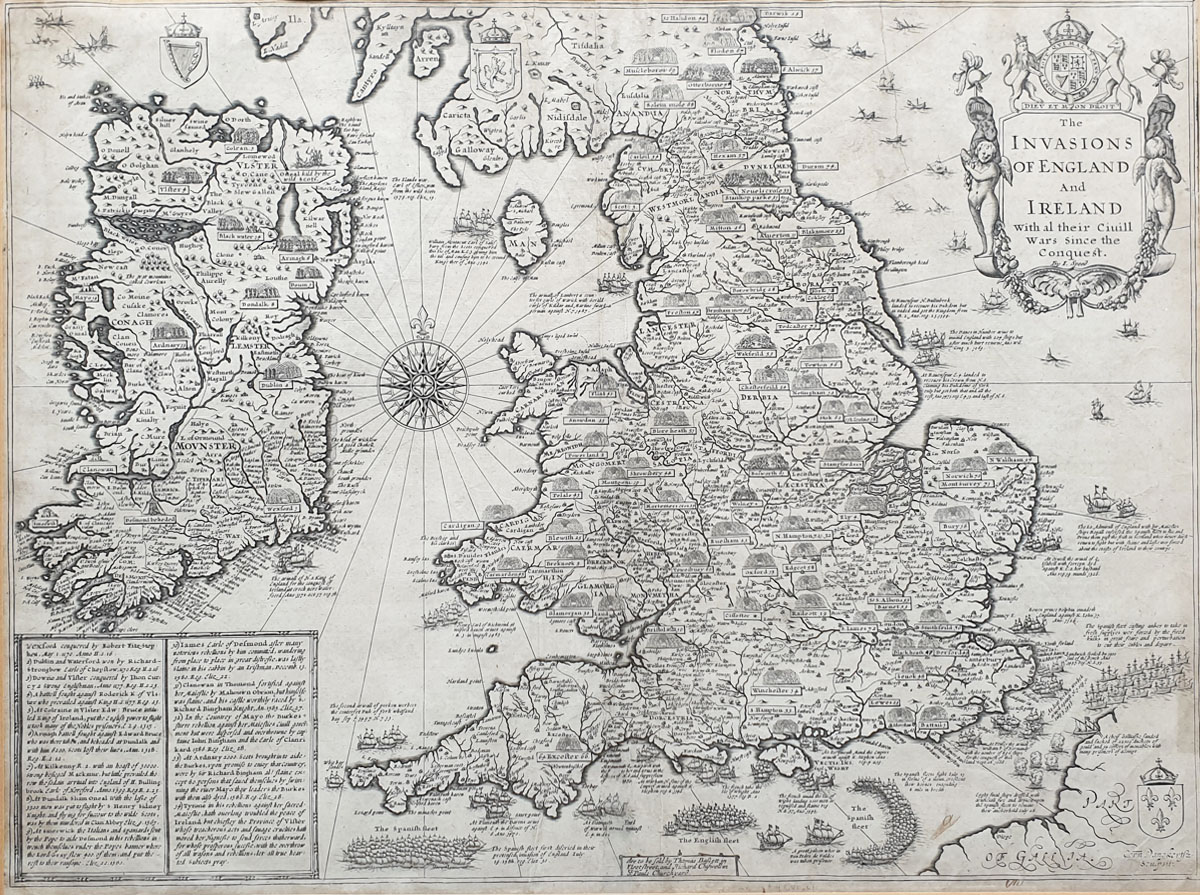 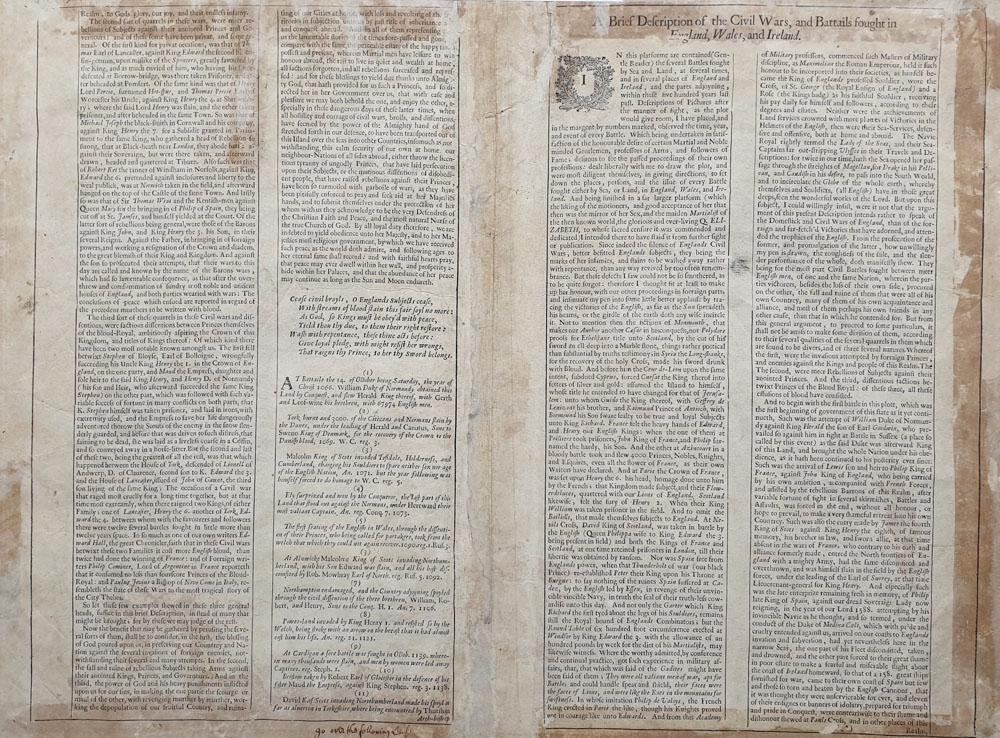 Title: The Invasions of England and Ireland with all their Ciuill Wars since the Conquest.

Publication: Prospect and the Theatre by Bassett and Chiswell

Description: A retrospective and historical map showing all of the invasions and battles of England and Ireland from the Norman Conquest in 1066 to the Spanish Armada of 1588. The map appears only in combined editions of the Prospect and the Theatre. The map was engraved by Danckerts possibly after a manuscript by Speed, circa 1601, there are significant differences with the later maps of Speed's Theatre of the Empire of Great Britaine, specifically the depiction of Ireland and a somewhat rotund Isle of Man. There are detailed illustrations of the ship movements af the Spanish Armada and the subsequent responses of the English fleet. English text verso with descriptions of the the Civil war and other battles.